By now you’ve probably noticed the new anti-smoking campaign sweeping the nation and your television… The campaign, “Tips from Former Smokers” is by the Center for Disease Control (CDC) campaign  and has been getting lots of attention because of it’s graphic imagery and shocking stories. 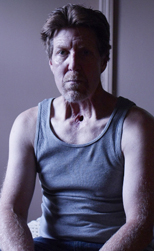 The campaign highlights the stories of real people who are suffering the results of smoking related health effects, such as throat cancer, stroke and asthma. The campaign is focused around “tips” from them, such as “When you have a hole in your neck, don’t face the shower head”. The “tips” are poignant and emphasize the simple and powerful message that smoking has consequences.

Criticisms of the campaign are that the images are gratuitous and alarmist. However, studies show that anti-smoking messages such as these, which feature both an emotionally charged message that illustrates the impact of long-term tobacco use as well as encouragement and information about how to quit, are the most effective.

The CDC is also focusing their message toward target audiences with higher rates of tobacco use, including the LGBT community. “Tips” video ads are being aired on Logo during especially popular shows (shout out to RuPaul’s Drag Race!) in addition to paper ads in LGBT magazines.

For more information on the campaign, check out the CDC’s page HERE and you can access (and share) all of the videos HERE.

3 thoughts on “Hot or Not? “Tips From Former Smokers” Campaign”