Now you can HEAR your Weekly Wellness Roundup, too! Subscribe to our weekly podcast here: https://bit.ly/LGBTWellnessPodcast or where ever you podcast.

When Gay Men Do (and Don’t) Seek Care

Researchers found that young gay men who experience healthcare discrimination or are uncomfortable discussing their identities with providers are less likely than others to seek coordinated care. On the other hand, gay youth who found an affirming environment and trusted their provider got better care. Researchers say that can make a big difference in catching chronic and mental health problems early. 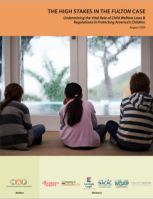 Case Threatens Child Welfare, and Beyond

Movement Advancement Project published a report on the potential implications of a Supreme Court case in which a child welfare service provider wants to be able to discriminate against LGBT parents because of its religious beliefs. The report found that should this argument carry the day, it could impact all types of health and human services that private entities are contracted with governments to provide.

Researchers in Amsterdam found that those starting PrEP (the HIV prevention treatment) had overall high rates of mental health issues, but that these issues did not increase over the course of PrEP use. Furthermore, drug use disorder and sexual compulsivity decreased significantly in the average of 2.5 years for which study participants were followed. The results show the importance of considering behavioral health integration with PrEP services.

A study found that bisexual folks in the U.K. faced more than six times the odds of engaging in self-harm within the past year when compared to heterosexual peers. Bisexual individuals also faced disparities compared to their gay and lesbian peers. Anxiety, depression, and experiences of bullying and assault were factors that were frequently associated with self-harm among the population. 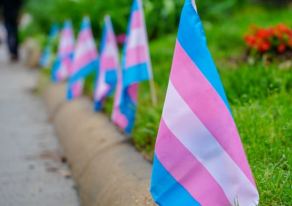 CNN reported that a court has put on hold a recent federal rule that would have allowed discrimination in healthcare on the basis of gender identity. The judge says that the rule violates the Supreme Court’s Bostock decision from earlier this summer, in which the Court said that gender identity discrimination was included in sex discrimination. The change is now paused as the case moves forward.

UNAIDS recognized World Humanitarian Day and explained how, now more than ever, humanitarian aid is critical for individuals around the world to access HIV care. The UN honored humanitarian workers by sharing their stories and the impact that they have on the lives of vulnerable populations – before, during, and after the current pandemic.

Researchers found that between 20-27% of lesbian and bisexual women (as well as straight-identified women with histories of same-sex relationships) had experienced food insecurity in the past year, compared to 13.1% of exclusively heterosexual women. Despite having more food insecurity, sexual minority women were troublingly no more likely than their peers to access food assistance benefits. 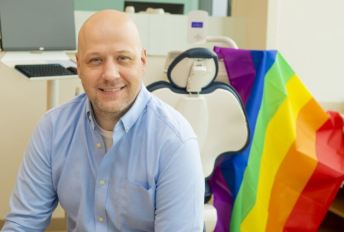 Working to Train Texas Dentists & Beyond

Texas A&M reported on efforts there to have the school of dentistry (working in conjunction with other health schools) implement LGBT health education. They say that LGBT individuals face barriers in accessing dental and other health care, and that students are not always comfortable treating them. The school’s proposed interdisciplinary LGBT health curriculum would be the first of its kind in Texas.

A new study found that transgender and nonbinary folks with higher levels of proximal stress, such as dealing with facing discrimination or stigma, were more likely to drink as a coping mechanism. People who drank for this purpose, in turn, were more likely to experience negative behavioral outcomes. The results show the importance of supporting transgender folks with healthy coping mechanisms (not to mention ending discrimination).

Researchers examined the mental health of LGBT veterinary students and professionals, and found that these individuals had higher rates of suicidal ideation and suicide attempt than their peers. Interestingly, while veterinary students reported better access to institutional resources and policies, veterinary professionals faced more welcoming climates and better odds of disclosing their gender identity. 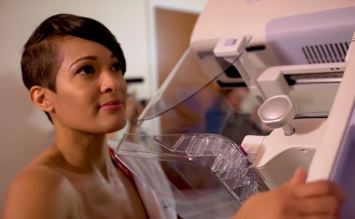 A study found a complex situation when it comes to mammography rates among sexual minority women. Among White women, bisexual women had lower rates of mammography compared to straight women, whereas among Black women, the opposite was true and bisexual women had higher rates. Many other differences were not statistically significant, pointing to the need for more research.

Advancing Equity in the South

Movement Advancement Project published a series of blog posts highlighting organizations advancing LGBT equality in the South. For example, the Nationz Foundation in Central Virginia was founded by Black transgender women to improve sexual and general health among LGBT people in that region. The STAY Project for Appalachian youth and Gender Benders, a grassroots org with a storied camp.