HRC examined the impact of COVID-19 on the financial stability of LGBT folks, and found that LGBT people were more likely than non-LGBT peers to have had hours reduced at work and to say their finances are now “much worse off” than before the pandemic. LGBT individuals are also more likely to have sought help from a doctor, to have done their own research on preventing COVID-19, and to have taken precautions like wearing masks and avoiding public transit.

Billboard Magazine covered the top moments from Centerlink and GLAAD’s Together in Pride virtual event, which rose awareness and funds for the crisis facing LGBT people and the community centers that serve them during the pandemic. Meanwhile, the Hollywood Reporter spilled the tea on the Queer As Folk reunion, scheduled for May 1, which will also provide relief to centers nationwide.

UNAIDS reported on troubling stories from around the world that LGBT people are being singled-out, blamed, and harmed during the COVID-19 pandemic, as police use the pandemic as an excuse to target and abuse LGBT people. Worse yet, it comes at a time in which LGBT people are already facing isolation and struggle, and are most in need of social support, not to mention access to public services. 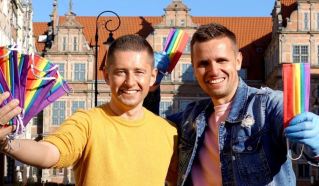 Meanwhile, Reuters reported on how one couple is fighting this kind of bias and stigma, one rainbow at a time. A married couple in Poland, which does not recognize their union and whose leading politicians have called the LGBT community a “plague,” have begun to distribute rainbow facemasks to keep people safe (and their community visible). Their effort has gone viral online, garnering millions of views.

Focus on LGBT People in Prison

MAP published a report on the crisis facing incarcerated people during the COVID-19 pandemic, which includes a disproportionate number of LGBT individuals. For example, one in five incarcerated youth is LGBT (and 85% of those youth are people of color). MAP recommends releasing incarcerated persons where possible to slow the spread of the disease, especially those with heightened risk. 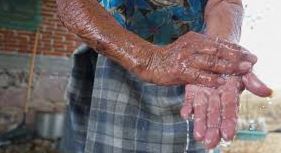 The Association of Health Care Journalists explored the issues facing LGBT older adults during the pandemic, including increasing the isolation already facing this population. Preexisting health disparities in conditions like HIV and smoking also put this group at higher risk for COVID-19 infection and complications, with one report finding a 15% mortality rate among LGBT older adults.