LGBT Health in the South

Campaign for Southern Equality published a report on LGBT health access in the South, and found that while many reported good physical health, this was often not true for transgender or lower income folks. Respondents also reported HIV disparities compared to the general population – especially gay men, Black individuals, those who were older, and trans women of color. Many reported avoiding needed care because of stigma or inability to cover the cost of care.

The CDC published new facts on Latinx people living with HIV, of whom there were more than a quarter million as of 2016. Among Latinx persons living with HIV, 60% had received some care, 49% were retained in care, and 51% were virally suppressed. HIC case rates continue to rise among Latino gay, bisexual, and same-gender-loving men. Distrust of the medical system and fear regarding immigration status were two noted barriers to improving these numbers.

Days of Good (and Not Good) Health

Williams Institute published a report finding that of the 1.4 million transgender adults in the U.S., approximately 152,000 are enrolled in Medicaid, for which many policies vary by state. Less than half of these individuals had clear access to gender-affirming care, while 51,000 lived in states with ambiguous policies and 32,000 lived in states that explicitly banned such care .

From Pride to Prevention in Brazil

UNAIDS reported on how local activists brought HIV prevention back to the center of São Paulo Pride, which brings 3 million people to Brazil’s largest city. They cite rising HIV rates among LGBT youth and the new option of PrEP among their motivations. Best yet: the activists leveraged their success into ongoing prevention meetings to happen throughout the year. Now that’s pride!

Researchers found that LGBT youth who participate in LGBT community organizations are more likely to have good mental health and less likely to engage in substance use when compared to their peers. The press release for the article discussed the work that CenterLink does – particularly through its LGBT YouthLink program – to build the capacity of LGBT community centers and ensure their work is accessible and beneficial to at-risk youth.

Find an LGBT community center near you using CenterLink’s directory.

How Bi+ People Can Take Charge of Their Health

On the subject of bi health, Harvard Health explored the challenges facing bisexual-plus people, including bi invisibility and bias facing bisexual-plus people even within the LGBT community. The author says that two things bi folks can do to improve their health is find a social network of other bisexual people for support, and be open with health providers about their sexual identities.

HPV in the Age of PrEP

Trust for America’s Health published a report that found substance use and mental health disparities among LGBT youth. They call for more funding of substance use prevention, particularly using a cross-sector approach, and for reaching youth who may be at lower risk in a given moment but who nonetheless could face higher risk in the future. 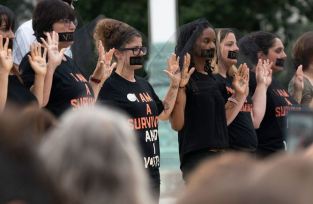 Center for American Progress published a report on how to address gender-based violence in the U.S. The report sought to take a wide view of what comprises gender-based violence, looking at aspects of gender identity and expression rather than just sex, and various forms of violence. The authors call for a collective action to end the “culture of power” that represses women and gender minorities.