Human Rights Campaign (HRC) released its annual Healthcare Equality Index, which scores healthcare facilities on equitable treatment and inclusion of their LGBTQ patients, visitors and staff. This year, 406 facilities were awarded a top “100” score. The report assesses facilities based on nondiscrimination policies and training, patient and employee support, and patient and community engagement. Readers can explore the index to find an inclusive site near them. 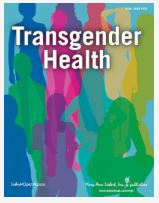 Researchers identified perceived benefits for parents who participated in support groups for families of transgender youth: with 66.7% saying it was “important or critically important” for their child and even more – 72.9% – saying the same for themselves. In addition to being a source of emotional support, parents used the groups to get medical, legal, and school resource ideas.

Another State Moves for Inclusive Classes

The Washington Post reported on efforts in Maryland to create LGBT-inclusive history education standards, which they say is important not just for LGBT students to see themselves in the material, but also for other students to better understand them. In this way, curricula can lead to safer and more inclusive schools. At least four states have taken similar steps, though the Post reports that implementation of such standards is often difficult.

Challenges for Trans Men in Pregnancy

Out Magazine reported on the challenges that await transgender men who become pregnant, including a medical professional that is not always understanding and competent, and situations that can worsen gender dysphoria. While there is not much data on pregnancy among transgender men, experts estimate that 30% of these pregnancies may be unplanned.

Impact of Opioid Epidemic on HIV

Researchers explored how the opioid epidemic has lead to HIV outbreaks in areas that previously had not been particularly affected by HIV, including rural areas. The article proposes several public health strategies that could help reduce HIV risk until the opioid crisis abates, including needle exchange programs and access to PrEP among opioid users.