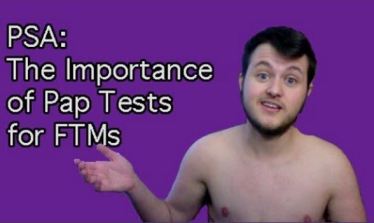 Researchers found that transgender men greatly prefer self-sampling to screen themselves for cervical cancer versus having a provider administer a Pap smear screening, with 57.1% voicing this preference compared to just 20.9% who preferred having a Pap smear. Participants who reported discrimination were more than three times more likely to prefer the self-testing method.

Role of Alcohol in Queer Culture

A Scottish study found that LGBT people find drinking heavily to be a major part of the queer scene, and that things like one’s choice of drink were read as an important statement on one’s identity. While focus group participants rejected many of these stereotypes in their discussions, they nonetheless discussed their pervasiveness, suggesting a dangerously powerful relationship between queer culture and drinking.

A study found that 55.7% of men who have sex with men frequently used dating apps and websites like Grindr (the most popular), Jack’d, and Scruff. Two-thirds of these regular users had had only casual sex partners in the last twelve months, making them a high priority population for HIV prevention messages and services.

Experiencing Bias as a Healthcare Profession

JAMA Internal Medicine published an op-ed on how racial bias impacts healthcare professionals, who often face microaggressions from their colleagues and pressure to stay silent. The author points out that patients also become the target of various forms of bias, and calls for targeted interventions to improve the climate of healthcare settings and better advance equity.

Gay Star News reported that Australia’s newly-announced, non-binding referendum on whether it should enact marriage equality has led to stress and anxiety among LGBT youth, who feel stigmatized and worried about the outcome. Politicians had called for a “postal vote” to see how the public is feeling before they decide whether to support same-sex marriage in the legislature.