Transgender Veterans Are Being Left Behind

Reuters reported on the advice offered by experts at the Mayo Clinic on how physicians can improve care for middle-aged lesbian women, including by creating a more welcoming environment and aiming to reduce healthcare stigma. The authors also discussed risk disparities that lesbian women face, including higher rates of smoking, obesity, and substance use.

Slate reported on the PRIDE study, which aims to track the health of a whopping 100,000 LGBT people over several decades. Lead researchers told Slate that they hope the data will help prove to healthcare professionals – who often cite a lack of LGBT-specific research – the evidence they need to provide quality care. Enrollment is open for LGBT folks who want to participate.

How Effective are HPV Vaccine Programs? 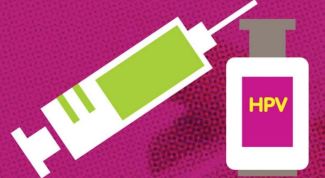 Trans People with Disabilities Speak Out

Buzzfeed published profiles of transgender and gender-nonconforming persons with disabilities, exposing the intersectional discrimination that they can face and how they understand their identities. The article also discusses the potential of laws such as the Americans with Disabilities Act and the Affordable Care Act (or Obamacare) to protect trans lives and rights.