Each week, LGBT HealthLink, a Program of CenterLink, and researcher and blogger Corey Prachniak-Rincón bring you a round-up of some of the biggest LGBTQ wellness stories from the past seven days. For more LGBTQ Wellness, visit a page dedicated to the topic here.

This week our top article comes from LGBT HealthLink’s very own Dr. Jenna

Wintemberg, active member of our Community Advisory Council. Thank you for the work you do!

Researchers found that LGBT smokers in Missouri were significantly more likely than those who had quit smoking to live in communities that allow smoking in places like restaurants and bars, where the LGBT community has traditionally gathered and been exposed to tobacco. Moreover, 94% of queer smokers in communities with a smoking ban wanted to quit compared to just 76% of those in places without bans.

A survey by the state of Colorado revealed staggering disparities among the state’s LGBT high school students, including triple the use of tobacco, quadruple the rate of suicide attempts, and more abuse of substances. Denver’s ABC 7 dug into the details and shared that trans students who felt safe in their schools were 2.3 times less likely to have attempted suicide.

The CDC announced, as part of its April STD Awareness Month program, more data suggesting syphilis is a growing problem in the U.S. – especially among queer individuals. The just-announced 2015 numbers were the highest in 20 years, and 82% of the cases were among queer men. Moreover, half of the queer men reporting syphilis infection were also living with HIV. 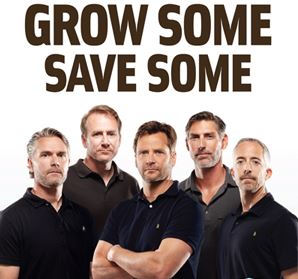 A UK study examined the experiences of prostate cancer survivors who were under 65 and either gay or unpartnered, and found that both face problems like isolation from having a disease that greatly effects sexuality, especially at a younger age than most men who develop the cancer. The researchers added that gay prostate cancer survivors have unique needs, and require better access to targeted information and support.

A gynecologist opined in Rewire that doctors treating transgender patients should remember the oath they take to not let a patient’s identity stand in the way of quality care, and to remember the doctor’s code to “do no harm.” The good doctor warns that policies allowing anti-trans discrimination in the name of a doctor’s constitutional freedoms ignore the basic principles of medical care.

UNAIDS launched a new website that allows you to search for tools from all around the world on combatting HIV-related stigma and discrimination. The search engine even allows you to zero in on tools specific to different populations, such as the LGBT community, women, or racial minorities.