Each week LGBT HealthLink, a Program of CenterLink, and researcher and blogger Corey Prachniak-Rincón, bring you a round up of some of the biggest LGBTQ wellness stories from the past seven days. For more LGBTQ Wellness, visit a page dedicated to the topic here.

The Kids (of Gay Parents) Are Alright 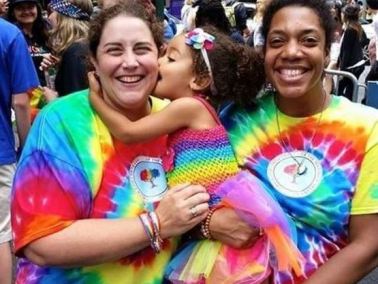 Mother Jones reported that transgender rights were under attack in eleven states, where laws have been proposed that try to prevent trans people from using public restrooms, force schools to “out” transgender students to their parents, and more. Advocates say these laws put transgender people at risk of violence, harm mental health, and have other adverse health impacts.

Trans Youth Have Higher Anxiety but Not Depression

A study found that transgender children who have socially transitioned had slightly higher anxiety than other children, but did not have higher rates of depression or lower self-worth. The results differ from previous research, which has mostly looked at youth who had not socially transitioned and who reported high rates of mental health challenges.

LGBT Health released its first issue of 2017, highlighting smoking disparities in the queer community in two articles: one exploring what factors make queer women more likely to be smokers, and another investigating the barriers and facilitators to LGBT people quitting smoking.

News Hour reported that trans health advocates are drawing on fertility research originally intended for cancer patients to encounter new options for transgender youth to preserve their fertility. Trans youth who want the option to have children in the future face limited options, but solutions may be coming – like using a piece of ovarian tissue to develop a mature egg.