Each week LGBT HealthLink, a Program of CenterLink, and researcher and blogger Corey Prachniak bring you a round up of some of the biggest LGBT wellness stories from the past seven days. For more LGBT Wellness, visit the page dedicated to the topic here. 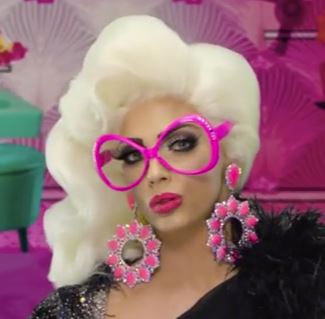 This Free Life, the anti-smoking campaign for LGBT youth, launched a series of web videos on beautology – that is, “the science of everyday pageantry” – taught by drag queen Alyssa Edwards. Viewers are urged to maximize their flawlessness by avoiding the physical damage caused by smoking, which queer youth do at a 33% higher rate than their peers.

What Protects At-Risk Youth from HPV?

A study of at-risk youth, about half of whom were LGBT, found that only 8% of males and 30% of females had initiated the HPV vaccine, which can prevent cancer. Youth were more likely to do so if they had an annual medical exam, another vaccination, or (among women) a Pap or STI test, which shows the importance integrating HPV vaccination into routine visits.

The Department of Veterans Affairs announced it was canceling recent plans to cover gender-affirming surgeries for transgender veterans, citing concerns over funding. On the other hand, a Minnesota court overturned that state’s ban on gender-affirming surgery for participants in its Medicaid program, saying it violated equal protection of the law.

A study found that stress related to being bisexual predicted poorer physical health, “above and beyond” that caused by sexual minority stress in general. The discovery may help explain why bisexual folks tend to have worse health than other queer individuals. Surprisingly, bisexual cisgender men had less bisexuality-related stress than did their trans and cisgender female peers.

Researchers found that while there is insufficient data on whether sexual minority women have higher breast cancer incidence, there is ample evidence that they are at increased risk. Higher rates of smoking, obesity, and alcohol use all point to higher breast cancer risk, and lower rates of healthcare use which may hinder effective screening. Stay healthy and get screened!

A study found that compared to others seeking asylum, LGBT asylum seekers were more likely to have experienced sexual violence, childhood persecution, and persecution by their own family, as well as to have suffered from suicidal ideation. Queer asylum seekers may need tailored interventions to heal from these particular kinds of trauma.