Each week LGBT HealthLink, a Program of CenterLink, and researcher and blogger Corey Prachniak, bring you a round up of some of the biggest LGBT wellness stories from the past seven days. For more LGBT Wellness, visit the page dedicated to the topic here. 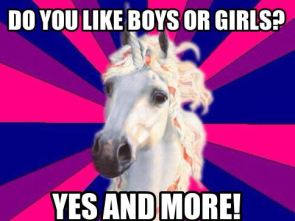 A study of U.S. adults found that many people neither agreed nor disagreed with stereotypical statements such as “bisexuality is just a phrase” or bisexuals “are incapable of being faithful,” showing the public has yet to reject stigmatizing beliefs on bisexuality. Women felt more positive towards bisexuality than did men, and both genders felt more positive about bi women than about bi men.

Cigarette Tax Could Save Queer Lives

The CEO of LA’s LGBT Center argued that California’s proposed tobacco tax – which Californians are voting on as this Roundup is being published – could save LGBT lives… and lots of them. The author points to the fact that queer Californians smoke at more than double the rate of heterosexual Californians, and that tobacco taxes are proven to slash smoking rates.

Researchers found that men who have sex with men (MSM) went from being 68% insured in 2008 to 79% insured in 2014, and credit the Affordable Care Act (ACA) as well as marriage equality, which allows same-sex spouses to join employer coverage. The biggest improvements were among younger men, the less educated, and the low-income – but those groups still had lower overall rates.

The Hill reported that lesbian and bisexual women face increased breast cancer risk based on lifestyle factors like smoking and weight, and may be hesitant to share their sexual orientation with their doctors, which further inhibits detection. Meanwhile, the New York Times reports that more women are choosing to forgo breast reconstruction after mastectomy, referred to as “going flat”, – a choice already preferred by many queer women, who see reconstruction as less important for their body image.

US News reports that LGBT caregivers of loved ones with chronic conditions face unique challenges, such as facing discrimination from providers when trying to care for parents, or having to help LGBT friends whose families are unsupportive.