Each week HuffPost Queer Voices, in a partnership with blogger Scout, LGBT HealthLink and researcher Corey Prachniak, brings you a round up of some of the biggest LGBT wellness stories from the past seven days. For more LGBT Wellness, visit our page dedicated to the topic here.

Youth find sex ed courses to be “negative, gendered and heterosexist,” according to a new analysis that found schools ignore the reality of students’ sexual lives and don’t address the diversity of their experiences. Students worried about confidentiality and had trouble dealing with anxiety from talking openly about sex.

A court struck down Wisconsin’s policy of only naming the birth parent on birth certificates for kids born to same-sex couples, a practice that continued despite marriage equality. Meanwhile, New Jersey same-sex female couples are fighting a state law that only grants opposite-sex couples insurance coverage of infertility treatment.

Minority and Bisexual Youth Less Likely to Use PrEP

Researchers found that only 18% of bisexual female youth had spoken to their doctor about their sexual identity – the same percent who thought their provider was knowledgeable about LGBT health. Bi female youth reported judgmental and heterosexist attitudes from providers, and feared being out to their doctor could also out them at home. 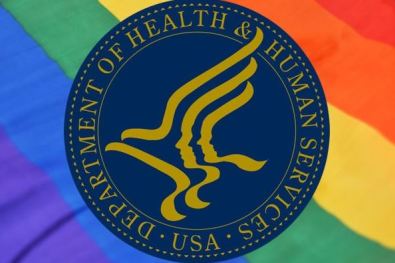 LGBT HealthLink is hosting a webinar this Wednesday on understanding LGBT rights in healthcare, following recent changes that expanding nondiscrimination. The Fenway Institute just published a guide for patients and providers on the new rule, which comes as major news outlets report rampant anti-trans discrimination in healthcare.  A recording of the webinar can be found here.