Each week HuffPost Queer Voices, in a partnership with blogger Scout, LGBT HealthLink and researcher Corey Prachniak, brings you a round up of some of the biggest LGBT wellness stories from the past seven days. For more LGBT Wellness, visit our page dedicated to the topic here.

A new guide on safer sex for transgender individuals was published by the HRC Foundation and Whitman-Walker Health, covering everything from dental dams and PrEP to changes that can occur during transition-related care.

Five states sued the Obama administration for protecting transgender people under the Affordable Care Act’s ban on sex-based discrimination, claiming it violates healthcare providers’ religious freedom to discriminate. The case is now before a Texas judge and could someday reach the Supreme Court. 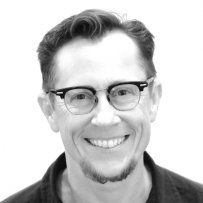 The American Journal of Orthopsychiatry published a special section on improving care for the trans community, including a piece by the Wellness Roundup’s very own Scout. What are some key next steps? Ending so-called conversion therapy, expanding access to hormone blockers for trans kids, reducing sky-high rates of suicidality, and improving data collection.

What Can Clinicians Do to Support Trans Health?

Another article in the journal highlighted ways that behavioral health (or any other) clinicians can support the trans community, including learning about the unique journey of each patient, knowing about trans rights and resources, and working to undue stigma to which the mental health field has historically contributed.

Anti-LGBT media outlets jumped on an article by a pair of discredited doctors who suggest that LGBT identities are not innate but rather a matter of choice, a claim that contradicts the opinion every legitimate U.S. medical association. HuffPo previously covered the lead author’s work for a hate group.

3 thoughts on “This Week: A Very Transgender Wellness Roundup”