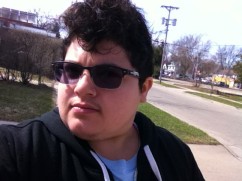 One of the sections today was entitled “LGBTI Health: Sexual Orientation, Gender Identity, and Intersex Data at Population and Clinical Levels,” and in this talk, four awesome presenters discussed a myriad of data collection triumphs and issues. Some of the triumphs I mentioned in an earlier post (example: starting to standardize a two-step method for collecting gender identity data), and some of the setbacks I mentioned earlier as well (need to strengthen data collection in intersex communities). I want to spend some time extrapolating on some of the points that Joanne Keatley of the Center of Excellence for Transgender Health discussed as challenges (many of these were mirrored in other discussions throughout the day as well).

Clearly there are many other challenges in collecting data in LGBTQI communities, including stigma, both in community and in research around doing this type of work. I’m glad there are so many talented and smart researchers in the field to help blaze this trail and decrease the stigma in academia and in communities. I look forward to hearing from more of those folks tomorrow at the conference.

View all posts by shorpanda