Corey Prachniak is an LGBT rights, HIV policy, and healthcare attorney. He serves on the Steering Committee of the Network for LGBT Health Equity and tweets @LGBTadvocacy.

This is a series of posts covering Corey’s work in Puerto Rico for the Salud LGBTT conference. 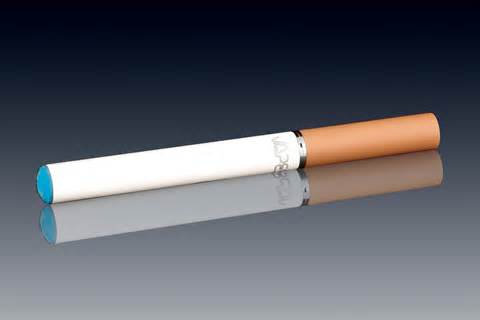 “Que es?” Dr. Jeannette Noltenius asks the crowd as she “lights up” an electronic cigarette on stage. Despite its flashy look and hidden interior, it’s nothing more than another mechanism for delivering nicotine, she says.

Dr. Noltenius is here to finish up the plenary sessions at the first day of the Salud LGBTT summit. Her presentation focused on the timely issue of electronic cigarettes, or e-cigs, which I have been told have been growing very popular across Puerto Rico in the past few years.

In a regular package of cigarettes, there are 21 grams of nicotine. In one electronic cigarette, there can be as many as 26 grams – so in a few minutes, you could get a pack’s worth of the addictive chemical.

And these companies aren’t stopping with regular e-cigs. They’ve also developed a liquid version of the product that can be smoked inside an e-cig but also inhaled, mixed with drugs like Cialis, or consumed in any other number of ways. Furthermore, niche products like e-Hookah seek to draw in as many consumers as possible.

Dr. Noltenius explains that 95% of ads for e-cigs have featured the concept that they are healthier than cigarettes. Other marketing strategies include promoting that it reduces second-hand smoke and can be smoked anywhere, even indoors. But these claims ignore the addictive properties and unhealthy chemicals that define these products, as well as incidents of poisoning and even a few instances of explosions, one of which lit a three-year-old child on fire.

Distributors have been marketing heavily and handing out free products on the streets as a way of getting people hooked. By and large, they are unregulated in how they can advertise, unlike traditional cigarettes are today; the FDA hasn’t yet exercised its power to regulate them. They are targeting the LGBTT community with club promotions and sexy ads the same way cigarettes were pushed upon our community. And Dr. Noltenius cautions that they will be trying to “buy” the LGBTT community with offers of funding for issues like HIV prevention that allow them to infiltrate our social spheres. You will end up repaying them, she warns, in the long run.

Tobacco companies might have been threatened by the rise of e-cigs, but they solved that problem by buying them out. Today, most of the e-cigs are owned by the same corporations that have caused millions of smoking-relating death. Now they are marketing e-cigs as a safer alternative to their own more traditional products.

E-cig makers are seeking to re-normalize smoking, Dr. Noltenius says, with the tobacco companies now projecting that consumption of e-cigs will exceed that of traditional cigarettes in just ten years. If that’s the case, this issue will only become more important for us to tackle as a community.

Stay tuned to the Network blog and my twitter account, @LGBTadvocacy, for lots of live coverage of the summit!