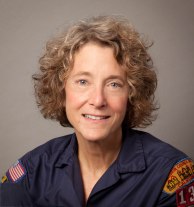 When someone suggested I try forgiveness as my next “I Did It” challenge, my first thought was a silent and loud NO. Why should I forgive that evil ex-lover who stole my money and tried to damage my relationship with my child? I was startled to realize how much venom I still carried for a person I broke up with eight years ago. This stale resentment is surely not harming her because we have absolutely no contact. It is all mine. “Resentment is like drinking poison and then waiting for it to kill your enemies.” (Nelson Mandela).

We all have that ex, the one we fell for hard and trusted with our every thought and dollar. Our love was like a lightning bolt and six months later, she moved to New York City to live with me and my young son. She had never lived anywhere but her small hometown, and it was not an easy adjustment for either of us. New York is a humbling place with bad parking options, making previously big fish feel very small in this gigantic pond. I felt personally responsible for all the ways she struggled here and she agreed it was my fault, as it was my city and I didn’t want to leave it.

I brought her into my social life and my family and together we made new friends, got a slew of pets and shared home renovation projects. We made a life together for over nine years, during which our finances became more entangled and our compromises more entrenched.

It fell apart as quickly as it began, starting with a stupid fight that got uglier than usual. She became way too angry with me that day and then we never quite stopped. We fought for seven months straight, even as we realized we were screaming all the love out of each other. When the last shred of love was gone (or buried), I initiated the break-up talk. She didn’t resist.

Then things got really unpleasant — financially, romantically and with my son. There were lawyers, lots of them. It was hideous.

That was eight years ago. She ultimately moved out of the state and out of my life. My son and I made it through and I have found true love; I am now married to my passionate soulmate. So, if living well is the best revenge, this bitterness should be over. It’s not, though.

Resentment isn’t good for our health. Each time we go over the list of their crimes against us, our blood pressure and heart rate spike. Clutching our grudges stresses the immune system, making us more vulnerable to illness. “Holding on to anger is like grasping a hot coal with the intent of throwing it at someone else; you are the one getting burned.” (Buddha). Ouch.

Why would I hold onto a blazing piece of coal? Because it keeps me labeled as the innocent burned party, leaving her as the only bad guy. If I drop the coal, I suddenly see how singed she was also. Breaking up is simply painful. For everyone. And few of us behave well in that pain.

The Internet is filled with lists of the five or seven or 12 steps to reach forgiveness, but for me, it always comes down to one straightforward task: finding compassion for the other person, despite my urge to demonize them for their crimes.

Oh, suddenly it is seems so obvious to me: only someone so terribly unhappy would behave so poorly. When I stop counting all the compromises I made to try to make her happy, I see the too-high price she paid for our relationship. Living in New York with me was a daily struggle for her — one I could not fix and was unwilling to end. After nine years, she snapped. She had to leave me and she had to leave New York to find herself again. Today, I want to allow her to have recovered herself, no matter what it took. Heaven knows I wasn’t perfect either.

“To forgive is to set a prisoner free and discover that the prisoner was you.” (Lewis B. Smedes).

liz is the founder and executive director of the National LGBT Cancer Network, addressing the needs of LGBT people with cancer and those at risk through education, training and advocacy. liz lives in NYC. View all posts by liz margolies