It’s a crazy week here at the Network for LGBT Health Equity… not only are we dashing off to the start of the Cancer Network’s historic first National LGBT Cancer Summit, but we’ve been hustling like mad to get ready for one of the biggest tobacco events in our era — the release of the 50th Anniversary Surgeon General’s Report on Tobacco & Health. They were even supposed to release it today, but at the last minute they moved the event to tomorrow — AT THE WHITE HOUSE. Hmm, I. wonder. why. that. could. be?? 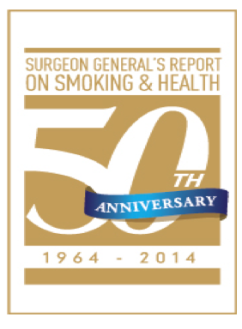 Remember, everyone can watch the official launch tomorrow at http://whitehouse.gov/live. We’ll have our dear Bill Blatt in the audience directly reporting all the behind the scenes action on the blog. And watch for #SGR50 on Twitter. And don’t worry — we don’t know what exactly is in the report but LGBT is definitely there! Other than that, all they’ve told us is the report will expand the circle of what’s affected by tobacco.

But the fun doesn’t stop there… all our work this week has been to create LGBT specific materials, so look for our infographic on 50 years of LGBT tobacco history to debut by tomorrow, and a press release too. We’ve got some pretty big drama numbers in there, so far all the advance reviewers have had one response… “Wow!” So… stay tuned and be sure to be part of the team sharing it widely!!!

One thought on “All Hands on Deck: 50th Anniversary Surgeon General’s Report Out Tomorrow!”