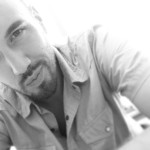 When I started working with the Network almost 4 years ago the first state I had the pleasure to visit was North Dakota. During my visit I conducted two LGBT Cultural Competency training one for their grantees, and another at their Annual Statewide Alcohol and Substance Abuse Summit. At that time they were thinking about strategies to include LGBT communities in their tobacco control work and have not looked back since. I had the privilege of going back and spoke at the 3rd annual statewide GLBTQA conference held at the University of North Dakota this past

April, and was overjoyed at the progress they have made over the past couple years in terms of community support for LGBT tobacco control efforts. At times we can see progress through emails and updates here and there, but to actually see the level of community support for LGBT Tobacco Control efforts was absolutely amazing. From local LGBT groups to State Representatives its was truly refreshing especially for a state like North Dakota.  Over the past couple of years work in North Dakota has not stopped, in fact the work has grown to include more and more folks in the community committed to LGBT Tobacco Control efforts in the state. Neil Charvat, Community Health Specialist with the Chronic Disease Program at the North Dakota Department of Health has truly made some huge strides in the state. Neil has been charged with the talk of LGBT inclusion efforts and has forged many partnerships which have truly shaped the direction of their efforts. Most recently, a great article was published North Dakota puts $2,500 in anti-smoking funds toward Fargo pride festival, highlighting some of these efforts.

I wanted to take a moment and showcase in depth some of the great work that has taken place over the past year, and thank Neil for his commitment to inclusion efforts in North Dakota. I am so proud of the work that he has not only accomplished, but how the Department has truly institutionalized LGBT tobacco Control efforts in North Dakota. Please read his article below as he article below –  Engaging Disparate Populations: North Dakota LGBT Communities. 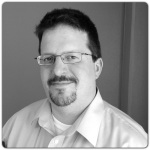 The Tobacco Prevention and Control Program (TPCP) in the North Dakota Department of Health (NDDoH) work to engage populations disparately effected by tobacco use on a statewide level. One of the populations identified by the Centers for Disease Control (CDC) as having high tobacco use rates and being targeted by the tobacco industry is the Lesbian, Gay, Bisexual and Transgender (LGBT) community.

Efforts to engage North Dakota’s LGBT communities in tobacco control efforts have been made since 2008, varying degrees of success. The main obstacle has been identifying LGBT groups in North Dakota. The NDDoH TPCP was fortunate to become involved in Fargo-Moorhead Pridefest for the first time in 2011. FM Pridefest is the largest LGBT event held in North Dakota. This initial effort was to provide NDQuits information and materials to event attendees. In 2012 the ND DoH was again invited to be a part of FM Pridefest. In July, NDQuits marketing tools were utilized at the FM Pridefest 5K Run-Walk, and that event was tobacco-free. NDQuits material and information were promoted at the FM Pride in the Park in August. ND DoH staff attended the event. The staff was able to promote cessation efforts as well as provide information about tobacco issues that directly affected the LGBT community in North Dakota.

NDDoH TPCP staff had the opportunity to meet with Julia Geigle at the University of North Dakota. Julia is a graduate student at UND working on LGBT health issues. The meeting was to discuss the issue of tobacco use in the LGBT community, and the health impacts that resulted from that use. Information on engaging the LGBT community and promoting NDQuits cessation services were provided to Julia. As a result of this meeting, Julia invited the TPCP staff to participate in a UND LGBT conference in April, 2013. NDDoH was able to involve Gustavo Torrez from the Fenway Institute in the UND Conference. Gustavo travelled to the conference to present on LGBT tobacco and health issues. Gustavo was also able to engage North Dakota legislators in attendance by providing information on LGBT health issues. The conference was well attended by the UND LGBT campus community. As a result of the success of this event, there are plans to incorporate more events like this into the newly created ND Campus Tobacco Prevention Project. This project will involve most college campuses in North Dakota.

The NDDoH TPCP will continue to engage the LGBT in future tobacco prevention work for the next fiscal year.