The National Conference on LGBT Equality: Creating Change is only a week away! All three network staff (Scout, Gustavo and Daniella) will be attending, as well as three Network blogging scholarship recipients! Between the six of us, we hope to bring you a comprehensive, exciting and varied inside-look at Creating Change 2013! Will you be there? Come say hi to us (and we’ll even give you some of the Network swag that we brought)! 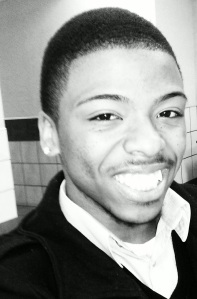 Trevoi is a sophomore at the University of South Carolina, where he double majors in History and Political Science and Minors in English Literature. Trevoi currently serves as the President for the Young Leaders Society an organization through National Youth Pride Services, is a member of Young Democrats of America and is on the SC HIV/AIDS youth advisory in Columbia, SC. After undergrad, Trevoi plans to attend law school.

Joshua Gale is twenty years of age, and hails from a little town called Obion, Tennesse. Joshua is a sophmore at Lane College in Jackson, TN, where he is majoring in Business with a minor in Criminal Justice. Additionally, he plays basketball and runs track. Joshua describes himself as a “optimistic person that loves life to the fullest and loves to put a smile on peoples faces”. In addition to his academic pursuits, Joshua sings, dances, acts, and models. He is also president of the SGA (Student Government Association) and is secretary of National Youth Pride Services. 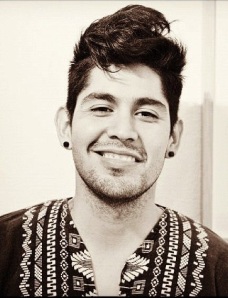 Alex Aldana is queer undocumented immigrant rights activist that works as a national/community organizer with a vibrant and very raw/uncensored opinion in the myriad of intersectionalities that impact the Immigrant Youth Movement (DREAMers) and brings strategy and direct action to create a new dialogue & truly bring social justice and equality within the LGBTQ/Immigrant movement.

As a immigrant Impacted by the scarce resources in the Coachella valley in southern California, Alex has worked as health advocate for Latino LGBTQ youth doing HIV/AIDS prevention, education and treatment through social justice, advocacy and empowerment. His work bringing the intersections of health equity, accountability and escalation to queer and immigrant communities have contributed with conferences and rallies addressing LGBTQ issues in school districts (Queer Youth Advocacy Day 2008) , Immigrant rights (May Day March 2010 Queer youth contingent) and representing HIV services for undocumented immigrants at The United States Conference on AIDS in 2011.

Some of his recent work escalated with civil disobedience to stop deportations with the Immigrant Youth Coalition, joined a walk across the country in 2012 with the Campaign for an American DREAM, & organizing the first national encuentro for The Association of Joteria,Arts,Activism and Scholarship (AJAAS) mobilizing undocumented queer youth from the border states of California, Arizona, and Texas in the state of New Mexico. He is also one of the three subjects for the film Gay Latino LA: Coming of Age.

Stay tuned for intro posts from each of our bloggers!