Chris Braz was an attendee of the 2012 Summit in Kansas City as a representative from the amazing organization National Youth Pride Services! Thanks for all of your hard work Chris! 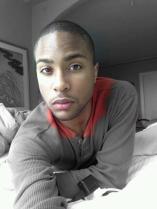 This year’s National LGBTQ Health Equity Summit provided a tremendous wealth of research and data collection on health disparities among LGBTQ communities. It is shocking to note that our community has a disproportionately higher rate of smoking and tobacco use than the general population. Among many of the workshop presentations, according to Dr. Matthews: “Health Equity is the same standard of health and well-being regardless of one’s social group”. It was reported that one of the biggest disparities among at risk behavior in LGBTQ communities is tobacco usage. It was found this health disparity was largely caused by stress-related indecencies, leading to further risk behavior (especially within the younger LGBTQ community, particularly 9-12th graders in high school). The increase in at risk behavior included: carrying a gun to school for protection, suicidal behaviors, tobacco use, alcohol use, other drug use, sexual risk behavior and surprisingly, an increase in male anorexia/rapid weight loss. Since each disparity appears to be linked to another, all of this data was relevant to the overwhelmingly large number of tobacco products consumed by LGBTQ communities. It is sad to acknowledge there is still very little transgender data collected—an issue that must be addressed.

Communities and subgroups that suffer disproportionately from health disparities must begin to understand what the youth in their community need. This is significant to moving forward within that community. The lack of education among the impoverished, the lack of support the youth feel from their health care providers, and lack of peer mentor-ship, will keep developing into an even larger disparity. If these issues are not addressed where LGBTQ youth can receive the support needed, then none of this data matters, and because it is not being utilized in a preventative manner. This summit is a great focal point in the “where do we go from here?….” conversation, where the necessary questions emerge on youth specific solutions to this health disparity.  It is the same rhetoric that Frederick Douglas addresses in his Emancipation of the West Indies in 1857. Douglas states: “Find out what any people will quietly submit to and you have found out the exact measure of injustice and wrong which will be imposed upon them, and these will continue until resisted…”, and it was as true then as it is to this day. A group that accepts its cultural hegemony—and becomes okay with being marginalized, allows these oppressions to continue unless acted among by the oppressed. The LGBTQ community are more than marginalized statics, we are human.

One thought on “Oppression and Discrimination: Health affects on LGBT communities”